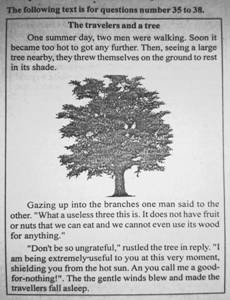 What was the day like according to the story? What is the main idea of paragraph one?

A. The scorpion wanted to cross river.

B. The frog didn’t want to give the scorpion a help.

C. The scorpion called the frog across the river.

D. The scorpion persaude the frog to give a ride. 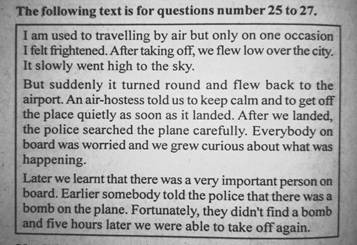 Why did the place fly back to the airport?

A. The pilot was afraid of boms.

B. The pilot forgot about something.’

C. The passengers were frightened.

D. Police sospected that there was a bomb on the place.

What does the word “ungrateful” in the sentense mean?

What happened on a halfway across the river?

A. The frog was happy to see the scorpion.

B. The frog felt a sharp thing stabbed on his back.

C. The scorpion felt sad to see the frog.

D. The scorpion was the frog’s friend. 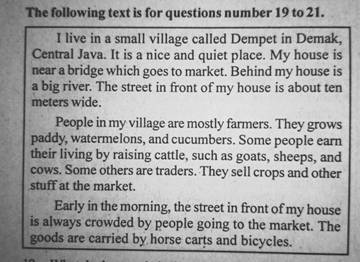 What do the people in the writesr’s village mostly do for a living? By being a/an …. 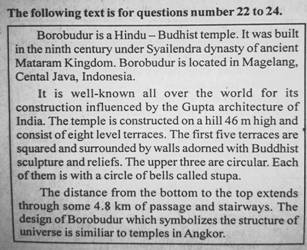 The texs mainly tells us about ….

” Each of them  is with a circle of bells called stupa.” (paragraph2)

The word them is the sentenses refers to …. 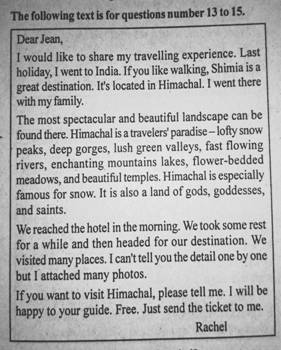 How are the meadnows in Himachal? 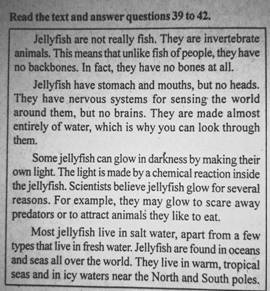 What is the texr about?

B. Kinds of all fish

D. Some kinds of sea animals

The men had to stop under the tree because …

A. the tree was so useless

B. they were ungrateful

C. it was too hot to go futher

D. they were fallem asleep What did the girls do when the big waves came? They ….

A. walked along the beach

B. prepared their lunch at the beach

C. enjoyed their activities at the beach

D. searched a place to set up the tent 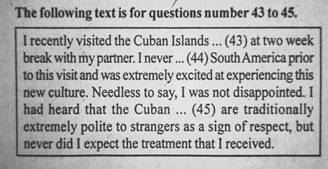 Who searched the plane carefully?

What can we learn from the story?

A. Never give a ride to a stranger.

B. A scorpion will always bite.

C. Be careful when you cross the river.

D. An old habit is hard to change. 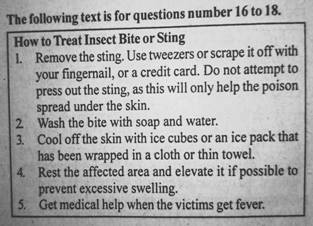 What is the function of ice cubes or ice pack?

A. To reduce the pain

B. To cool of the skin

C. To protect the paison

D. To rest the affected area

Which one creates Jellyfis’s light?

A. White blood.
B. Nervous system.

What is the main idea of paragraph there?

A. The writer felt frightened.

B. The police searched the plase carefully.

C. Somebody said that there was a bomb on the place.

D. There was a very important person on board.

Arrange these sentences into a meaningful paragraph.

1. We couldn’t  take any photographs

2. It was really beautifull.

3. Then, we walked into a waterfall.

4. It was nice having meals in the open air.

5. Unfortunately, we left our camera at home.

6. Finally, we decided to go back to our tent.

7. On saturday, my friends and I camped on a hill nearby.

8. After setting up the tent, we took our picnic jar and had a meal together.